Loading...
Get $20 off your order by signing up today! Both new and existing customers qualify.
Deliver To
Enter your email and we'll let you know when we're delivering to your part of town.
If you think this is a mistake, please contact us at (844) 437-2213 and we’ll check your address personally. 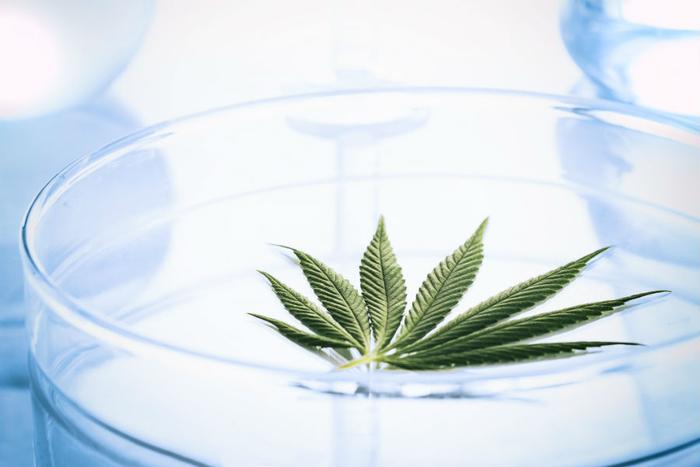 The cannabis plant contains dozens of active compounds called cannabinoids, found in various concentrations within a cannabis plant’s flowers, leaves, and stem. The majority of cannabinoids are located in the flowers of the female plant and are concentrated in a viscous resin, which is produced in glandular structures called ‘trichomes’. In addition to its wealth of cannabinoids, the resin is also rich in terpenes. Terpenes are largely responsible for cannabis’ distinct odor, as well as much of the variations in physiological effects across strains.

Researchers have identified over 70 unique cannabinoids within the cannabis plant. Many of these cannabinoids interact with the human endocannabinoid system via cannabinoid receptors found throughout our bodies.

Although scientists are still identifying new cannabinoid receptors, research has advanced at a rapid pace.

The two main types of cannabinoid receptors in the human body are called CB1 and CB2. The CB1 receptor is expressed mainly in the brain and central nervous system, as well as the lungs, liver and kidneys. The CB2 receptor is primarily expressed in the immune system, hematopoietic cells, and throughout the gut. The affinity of an individual cannabinoid to each receptor, as well as the cannabinoid’s own pharmacology, combine to determine how it will affect the human body.

Indicas and Sativas are two of the three recognized subspecies of cannabis (Ruderalis is the third). The geographical origins of the different varieties vary, with Sativas hailing from warm Southern Asia and Indicas from the colder Himalayan foothills of Central Asia. The differences in their respective environments led to different growth patterns and chemical compositions. It should be noted that landrace varieties are exceedingly rare and that most cannabis strains are hybridized.

What are cannabinoids, terpenes and flavonoids?

There are 200 or more bioactive compounds that have been discovered in the cannabis plant. Each strain has a varied profile of said compounds, which in include cannabinoids, terpenes and flavonoids.

Secreted in the same glands that produce cannabinoids like THC and CBD, terpenes are aromatic oils that color cannabis varieties with distinctive flavors like citrus, berry, mint, and pine. Terpenes are the fragrance molecules which emanate from all plants. For cannabis, each strain has a terpene profile that contributes to each strain’s unique bouquet. Terpenes are believed to exhibit medicinal properties independent from the cannabinoids and contribute to the ‘entourage effect’ when smoking or vaporizing cannabis. Learn more about specific terpenes here.

Flavonoids have been known for some time (as they are not exclusive to cannabis, like terpenes). However, there are some that are known to be found only within cannabis. These are known as cannaflavins. Similar to terpenes, flavonoids share a role in how we perceive cannabis through our senses. Cannaflavins affect the pigmentation of cannabis. Those beautiful, deep purple cannabis strains owe their coloration to the flavonoids known as anthoxanthins or anthocyanins. In other plants such as berries, anthocyanin may cause red, purple, or even blue coloration depending on pH levels. Check out this HERB blog post about cannabis flavonoids.

​​What is the ‘entourage effect?’

It could come from a strain of cannabis containing high levels of THC, as well as limonene, a citrus scented terpene. Together, with other bioactive compounds in the cannabis strain, THC and limonene provide a very motivating and uplifting high. One thinks of the sativa dominant strain: Tangie! It could also be a difference of cannabinoid ratios for an end product. For example, you’ll find ratios of CBD to THC in certain products like vape cartridges and tinctures. See the HERB blog for more information on the 'entourage effect.’

​Where can I find more information?

Check out these HERB Educational pages to learn more about cannabis:

Check out some of our favorite websites for general cannabis information:

(or a valid medical patient)

We can change your address, but ...

Changing the delivery address will remove products from your cart.